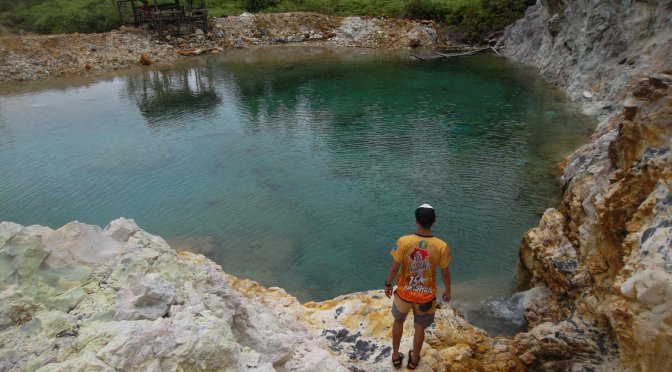 Negros island never fails me to different unique destinations. The seemingly boundless mountains will give you a glance of its hidden gems. The thick foliage where a home of undiscovered adventures and the foothills of untouched beauty will tell you to go further. This week, we will explore what’s in those mountains en route bordering the city of Tanjay and the towns of Amlan and Pamplona in Negros Oriental. People were talking of this unique lagoon in the middle of the forests where I was thrilled to set foot.

Brgy Jantianon in Amlan though the farthest village in that area is not new to me as I’ve been there twice sometime in year 2016. Through the years, my third visit was somewhat a new experience. Further up the main Brgy of Jantianon, things and sights have changed. The road for instance has a huge development since my last visit. As I could remember, that part were unpaved on those times were the ones that made me think not to go again in the future. Now the way has been better, it was a smooth and scenic drive. The easy drive made me forget the way to Sitio Badiang, the jump off area to Naibid waterfalls.

The paving of the road up to its hinterland areas in Sitio Canete continues as there is still a long way to complete the road. What we are aiming that time is a lagoon in the middle of the wilderness bordering the towns of Amlan town, Pamplona and Tanjay City. Though its actually under Brgy Ling ab Tanjay City, the easiest way to get there is through Jantianon Amlan, and is geographically located behind Palaypay falls in Pamplona municipality.

“Asupre sa Maiti” as locals would call it is a lagoon where the waters is sulfuric in content. To name some similar destinations here in the province with the same character are Pulangbato falls in Valencia, the falls due to its reddish rocks is a sign of the natural chemical, if explored further the source which is hot in nature comes from a rock then adjoins the river. The nearby Palaypay falls is also sulfuric in nature of which I presume its sulfur properties is the same of that in this lagoon. Mainit falls in Dauin is also the same, the source which is continually explored by EDC has steaming hot water and an aggressive chemical odor, no wonder it reaches up to the highlands of Tanjay and Amlan, as it is widely distributed in nature specifically on volcanic regions.

We arrived at the jump off point for our vehicles, a sign welcomes us that we are at Brgy Ling-ab, under Tanjay City. The jump off point is situated in its satellite market built by OPAPP (Office of the Presidential Adviser for the Peace Process). The area is governed by the members of resettled community guided with the Department of Environment and Natural Resources. If we could have arrived earlier that day, we could have witness how’s the grind it the market, unfortunately we arrived late morning. Anyways, we were asked on our purpose of the visit, then register our names on their logbook. There was no entrance fee collected as of now. 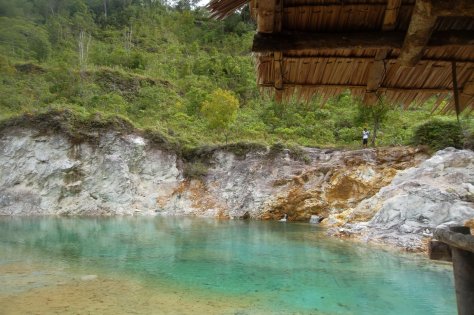 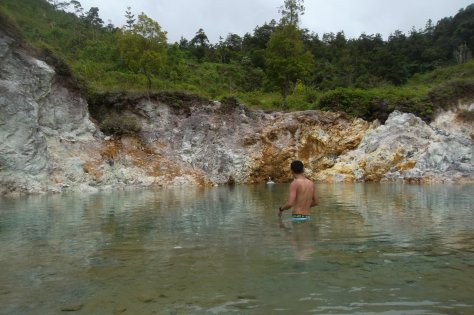 We were accompanied by a local resident from Jantianon Amlan whom we share a few friends in common and voluntarily guided us. From the satellite market, we walked through a forested area at about 1.2 kilometers, most of the portions of the trail are wet and murky. We followed him for at least 15 minutes or so. The sulfur lagoon is literally enclosed on mountains and woodland. The two native huts were a welcome sign from a distance that we have reached our destination.

There was no one when we arrive, and it means it will all by ourselves to explore. The lagoon has a clear tinge of blue waters where we could clearly see what’s underneath. The spring comes out on rocks, and when closely observed, it smells an assertive content of its waters. The community had to dig the surrounding the source to hold the water to create a basin before it flows directly to a channel. Though sulfuric, the water is extremely cold. Taking a dip was a must experience as the depth is measurable to swim. 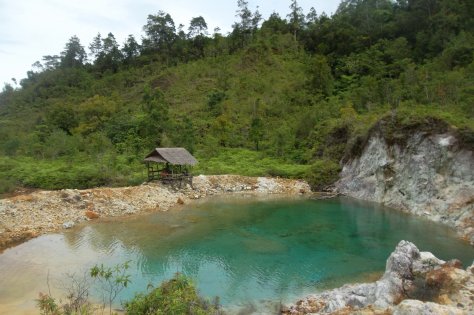 The weather started to change in the highlands when we left the area. And before we turn back at usual route, our guide led us to its adjacent twin waterfalls. As you all know I always get excited whenever I hear of a waterfall destination. We made it to the river in less than 5 minutes; we descended a slope to the river where we could already notice the first waterfalls flowing on an average height. The second falls, which was only a few steps is concealed by rock canyons and will only be visible if you jump off to the water to have a clearer view. Without hesitation, I jump onto its waters then quickly made it to the bank. The rock canyons on both sides where somewhat a mixture of red and portions of black, mossy green, some white and brown. The water flows from huge boulders above it and some other rocks where stocked in between canyons. Wasn’t really the best view but I am always fascinated in it by any forms. 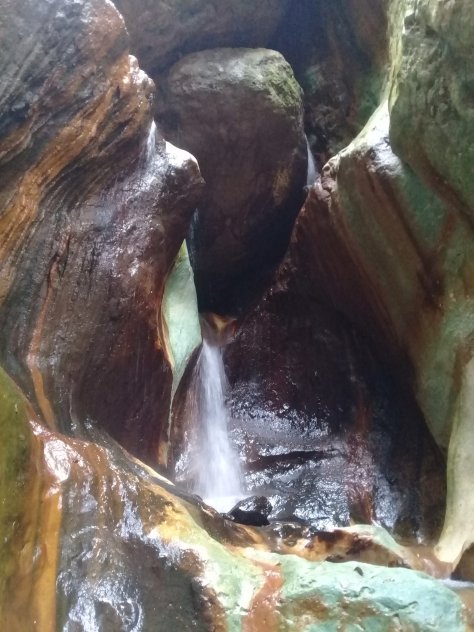 And so we left the falls wet. We hurriedly went back to the satellite market as fog slowly rolls out the forests. Our third stop to end our day is an old abandoned tunnel. Along our way to the tunnel we had to stopped on a small plateau, it has nothing but just a nice overlooking views of the lowlands, the ocean is in its usual form, the Cebu island was a steady sight, and the mountain sides north as far as Bais City. 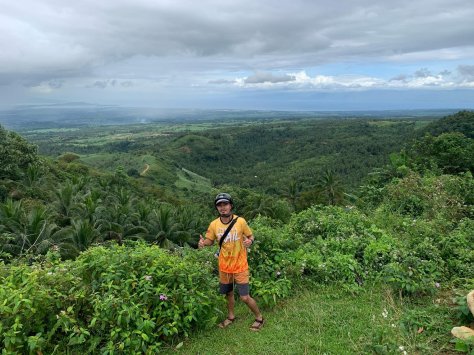 A few meters away from the overlooking area, we stopped in a discreet way where the underground passage is situated. There was no sign and markings on its existence but on our way we noticed this some kind of ancient stone walls piled along the road, there were somewhat old structures abandoned for a long time. We descended quickly to the side down to its entrance. From our entry point we could see a domed patch of light to the other end. Actually both ends can be an entry point or otherwise the exit point. The Benguet Mining Tunnel measures around 340 meters long and can be explored from end to end. In relation with the sulfur areas, this tunnel were once used as a passageway among miners in the late 1950’s were minerals are heavily mined. We slowly walked through its darkness never losing the sight of the other end. There is an echoing silence inside; we could clearly hear the droplets from side to side, and the sound of our steps and stops. There were couple of bats flying over its darkness, and hoping not to stumble on a resting reptile in the ground. We made it to the other end, which serves as a window to the other overlooking view; the mountains on that side were a sight of abundant greens and its jungle. The composition of the tunnel definitely tells a history on its operations way back then. 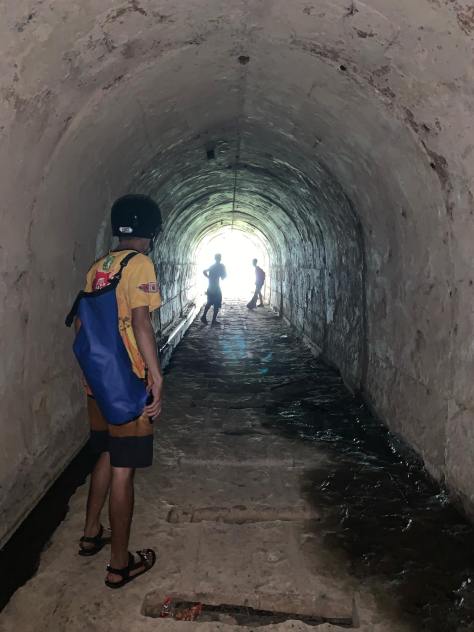 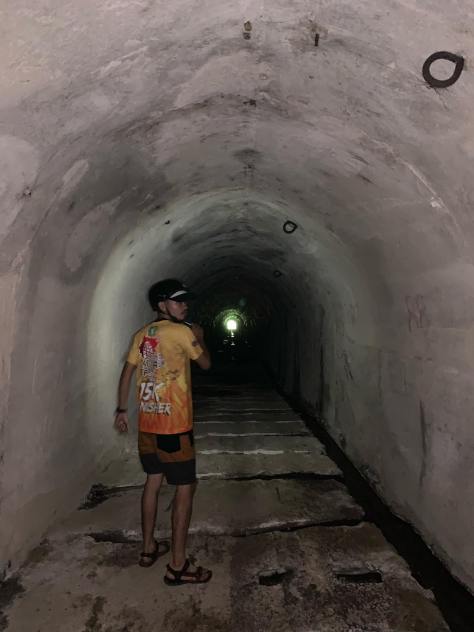 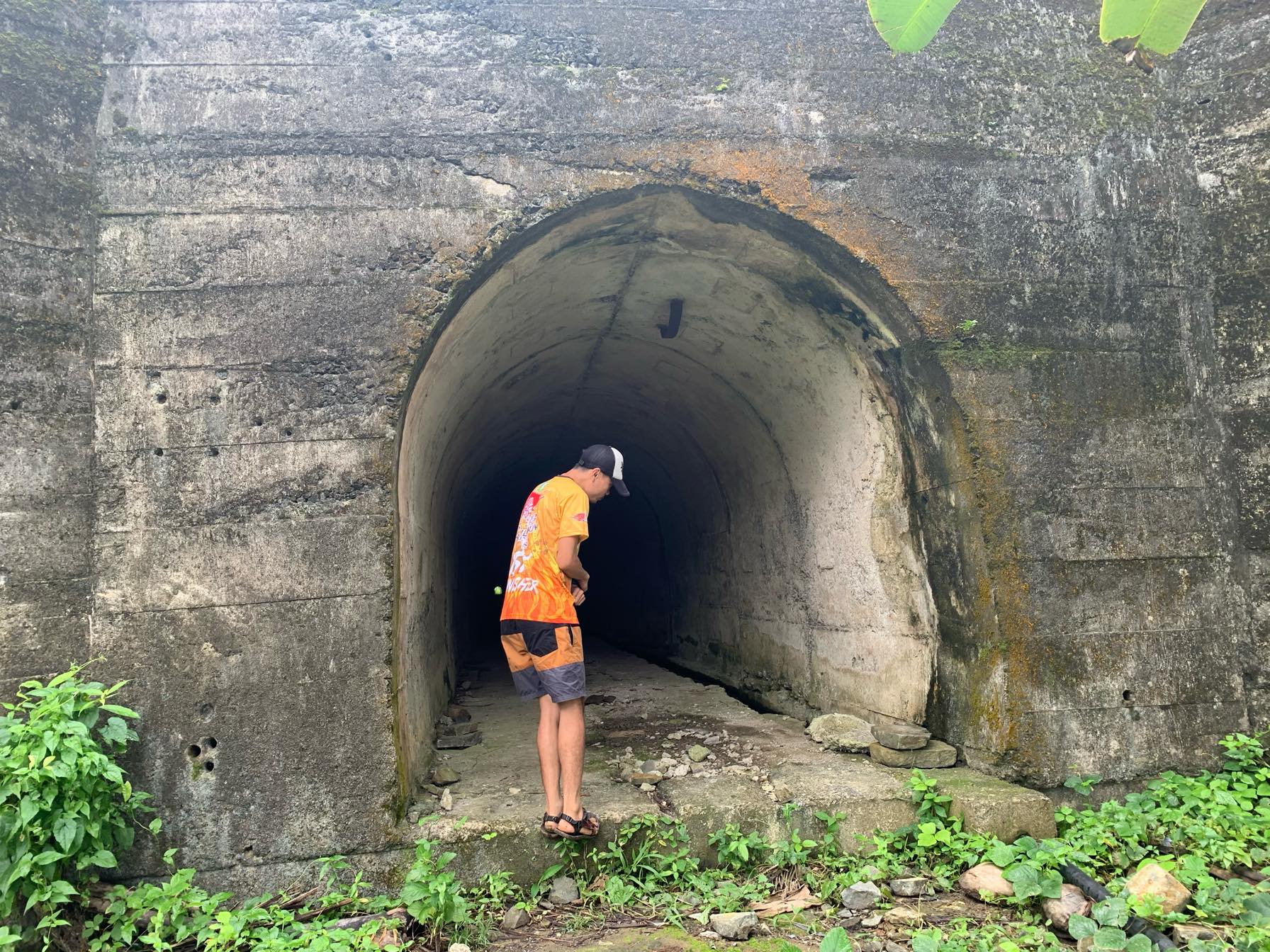 We ended the day by just halting a few minutes to some overlooking zones while enjoying the highlands under its shades, we drove along rivers where I am always curious of what’s waiting up there, and we’ve learned locale stories so as interesting things to do.

Just when I thought I’ve seen almost the destinations in Amlan, these were added on our conquered lists. There could be more. Do you know any interesting spot in your area? We’d like to know, drop down in the comment section and together we will discover more.