I was moving my fingers up and down on the displayed digits on my phonebook when I noticed an unfamiliar label named Kabankalan. Without any idea of who the person behind it, the foremost thing came out of my mind was Mag-aso falls.

Then I remember, he was a local in Kabankalan that I inquired before about the waterfall. So I asked him again the directions on how to get to Mag-aso falls. I don’t have much information about it but it was my last minute decision to proceed without delay. Simultaneously, I carried my load and some personal stuff and went to Dumaguete Bus terminal.

How did I get there:

I rode the earliest bus taking north of Dumaguete bound to Bacolod city via Mabinay town. We left the terminal at 12 noon ETD. The length of travel time from Dumaguete to Kabanakalan city is around 4 hours. The bus was quite taking more time than is expected and I arrived at almost 5 pm at Brgy. Oringao juncture and to Kabankalan city proper. With no time to waste, I rode a passenger motorbike heading to Barangay Oringao en route to Sitio Dug-anon, where Mag-aso falls and Leisure Camp is situated. There were six of us in the motorbike including the driver, four local residents and myself,25 pesos was pegged per pax. The motorbike for hire or habal-habal could accommodate at least 5 to 6 people and it took us less than ten minutes as we arrive at the entrance.

The sun is already about to set that time so I rapidly went around the area,the mountainous area starts to get foggy and cold. 50 pesos where charged for admission each person.The area are covered with plenty of trees adding a relatively cool environment. There were paved concrete stairway down each hilly part with handrails. A nice man made pool is set up at the middle, the water filling up the pool came from the streams connecting to the waterfalls. There were cottages available for lease and a few room accommodations for overnight stayers. Room rates for each room is 1,000 pesos per night. 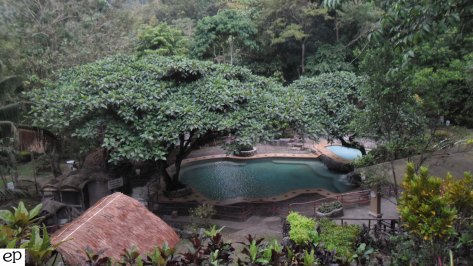 Mag-aso waterfall is just a few steps down from the pool, upon seeing the water from the falls I know for certain it is cold, there were three people enjoying soaking its chilly water when I arrived. A few distance to the waterfall is an elevated viewing platform established for visitors but one can view closer to it. There were huge boulders on its rivers streams and are quite slippery. 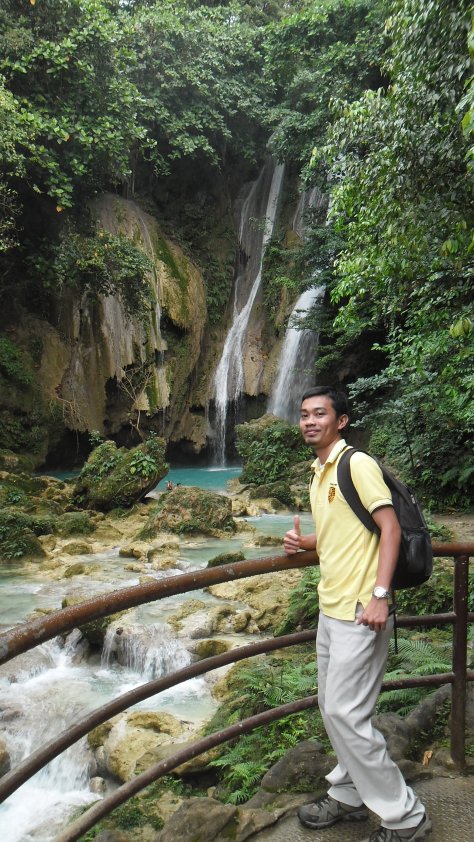 I took a closer look of the waterfalls and the water looks refreshing. It was just a quick visit and I regret that I didn’t bring my towel.